Hey everybody! A little late, but yay! Happy New Year!

Ok, now that that's out of the way, let's get down to it. What have you all been shooting over the winter months where you are? me? I shot a few cycling events in September and October, and I kinda laid low over November and December since not much was happening sports wise (Covid 19 is still KILLING organized sports events) and the weather was absolute shit here on the West Coast of Canada. Not the most motivating for getting out and creating content. Oh sure, I shot some stock related product stuff in my garage studio but that stuff isn't SUPER exciting, unless you're into metal soup cans, coffee beans and VHS tapes and VCR's. If you are, be sure to check out my Shutterstock portfolio! ;)

On the creative side of things, it's only been recently that the weather has been decent enough to get me off my ass and out of the house to shoot stuff. Here in the Vancouver area of the West Coast of Canada, there are a couple of little regional parks I like to head out to for waterfront and nature related shoots. One is called Barnet Marine Park and the other is Fraser Foreshore Park. They are both waterfront parks, but differ in many ways mainly due to the facts that Fraser Foreshore Park is on the Fraser River and faces South, and Barnet Marine Park is on Burrard Inlet (ocean) and faces North. Both of them are on the water, but they offer up completely different views and scenery which makes for great photo and video opportunities, all within 20 minutes of my house.

I've shot a few Timelapse videos at both parks over the last week or so and in this blog post I'm gonna break down  a couple of them, shot with both my DSLR and my GoPro cameras, just to give you a look at what 2 different cameras systems can achieve.

The first shoot was at Fraser Foreshore Park on a cold, but mostly clear evening with a few clouds forming off the south. I set up the camera facing mostly West, just getting the setting sun off the left of the frame. I shot this sequence in Aperture Priority mode to try and maintain the light levels since the sun was setting.

Here's a still from the DSLR using the following settings: 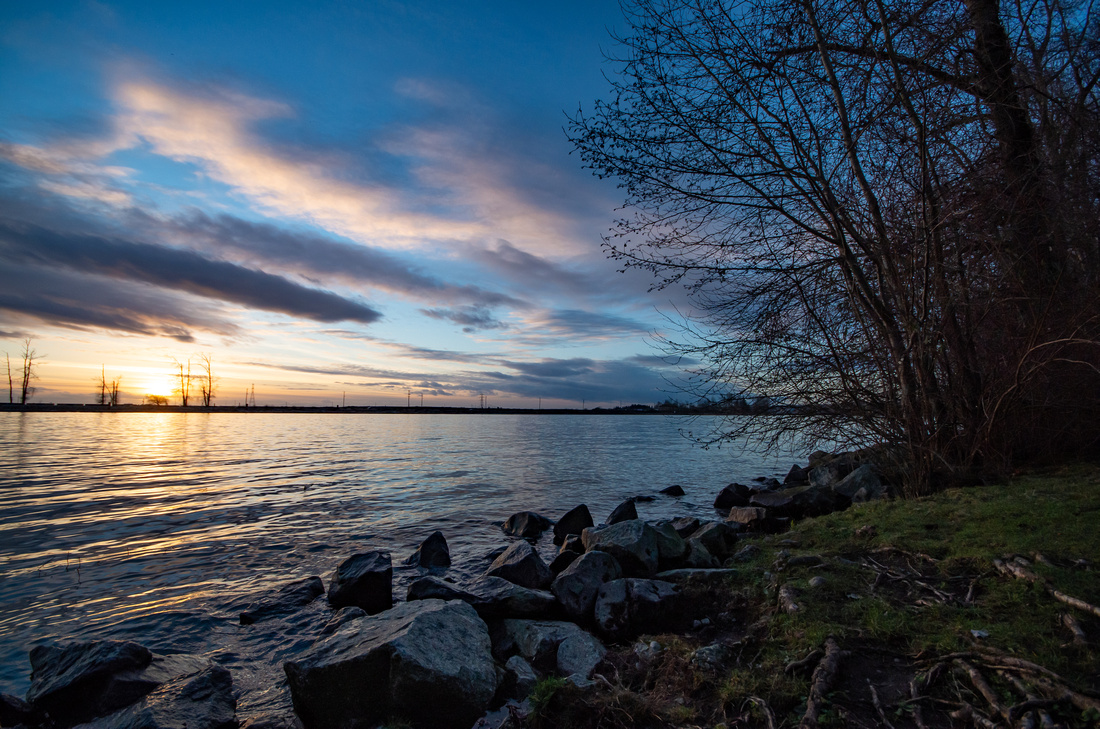 And here is the Time Lapse video made up of 194 stills. I use Lightroom Classic to do the post processing of the stills, then run them trough Time Lapse Deflicker to take the flicker that pretty much every timelapse video shot with either Aperture Priority or Shutter Priority seems to suffer from. It's a good program and does a really good job at "de-flickering" timelapse videos. From there, I use Davinci Resolve to crop, maybe do some more color grading if needed, and export in various sizes and bit rates.

Whenever I shoot Timelapse videos with my DSLR, I try to shoot one with my GoPro at the same time, just to have a back up and a different perspective.

Here's a still from the GoPro using the following settings: 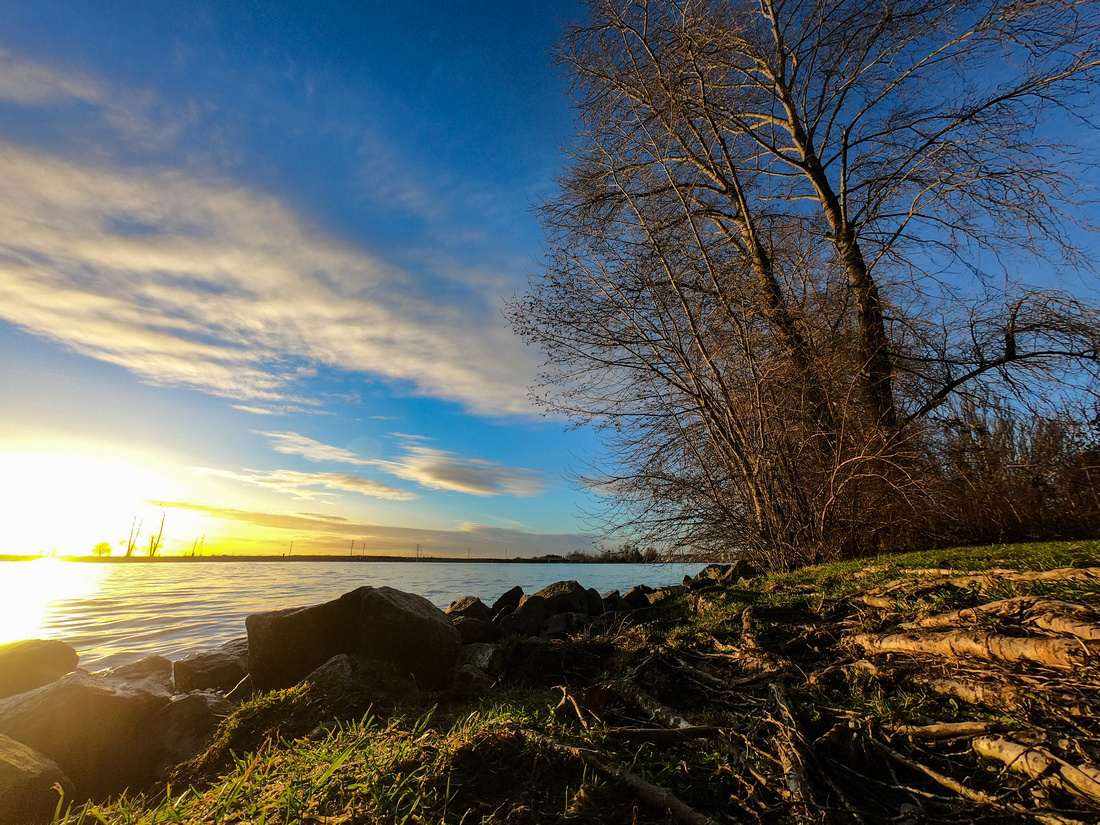 And here's the resulting video. Again, since the GoPro shoots in RAW format, i process the stills in Lightroom Classic the same as I do with my DLSR.

At Barnet Marine Park, facing the North Shore Mountains on the West Coast of Canada, there are relics of the old logging mill operation that was there in the early 1900's and as such, they make for great photo opportunities.

Here's a still from the GoPro featuring one of these relics, which I believe is from the main logging building where they loaded the logs into to be milled once they came off the ships. It's a very cool structure.

The setting for this image are as follows: 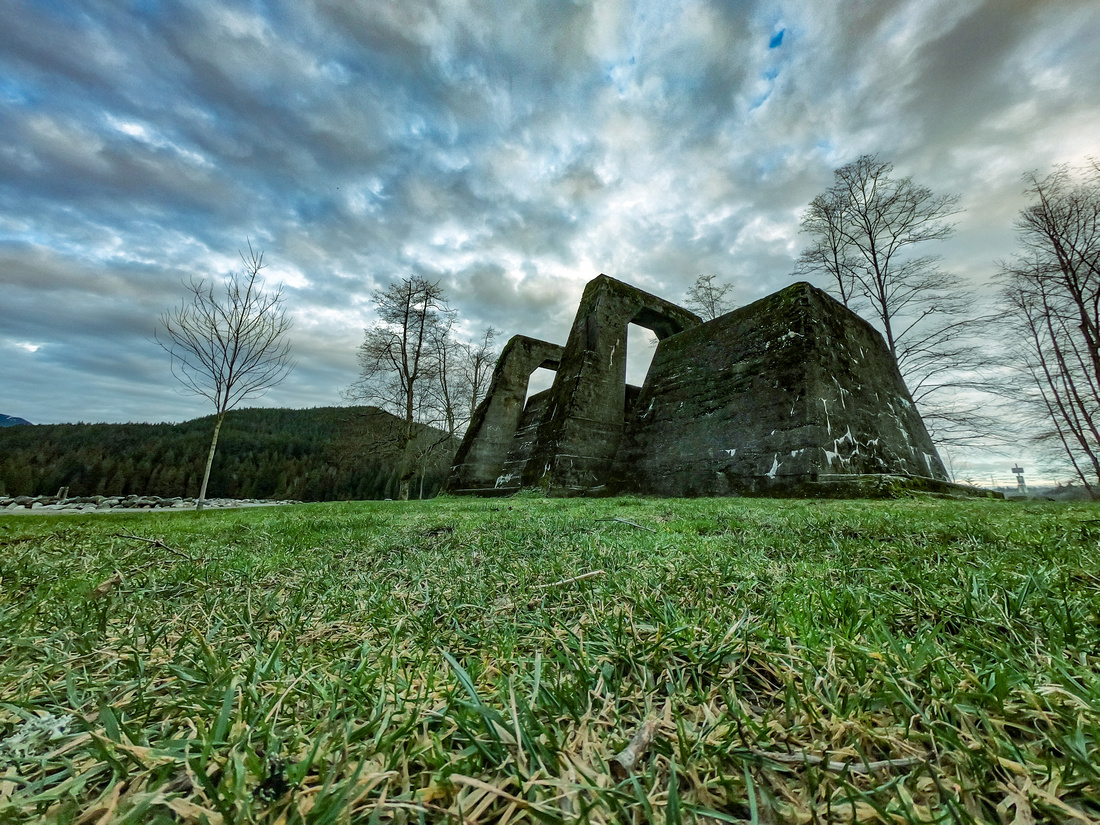 And here is the resulting video comprised of 124 images played at 24 fps. Funny thing is, this video is short because I spotted a bald eagle in the trees above me and wanted to get some shots of it, so I stopped shooting the timelapse, grabbed my DSLR which had a 10-20mm Sigma on it, and then realized I hadn't brought my 70-300mm with me. Can't really shoot a bald eagle in a tree 40ft up with a 10-20mm ultra wide angle lens...

At the same park, facing North West I got an awesome timelapse video of the clouds moving from south to north while the sun was setting. Y'know, shooting timelapse videos this time of year is awesome, 'cause the air is clear, the clouds are cool, and the weather is generally moody but man, you really gotta get moving 'cause the sun sets really early and really fast!

Here's a still from that shoot and the settings are as follows: 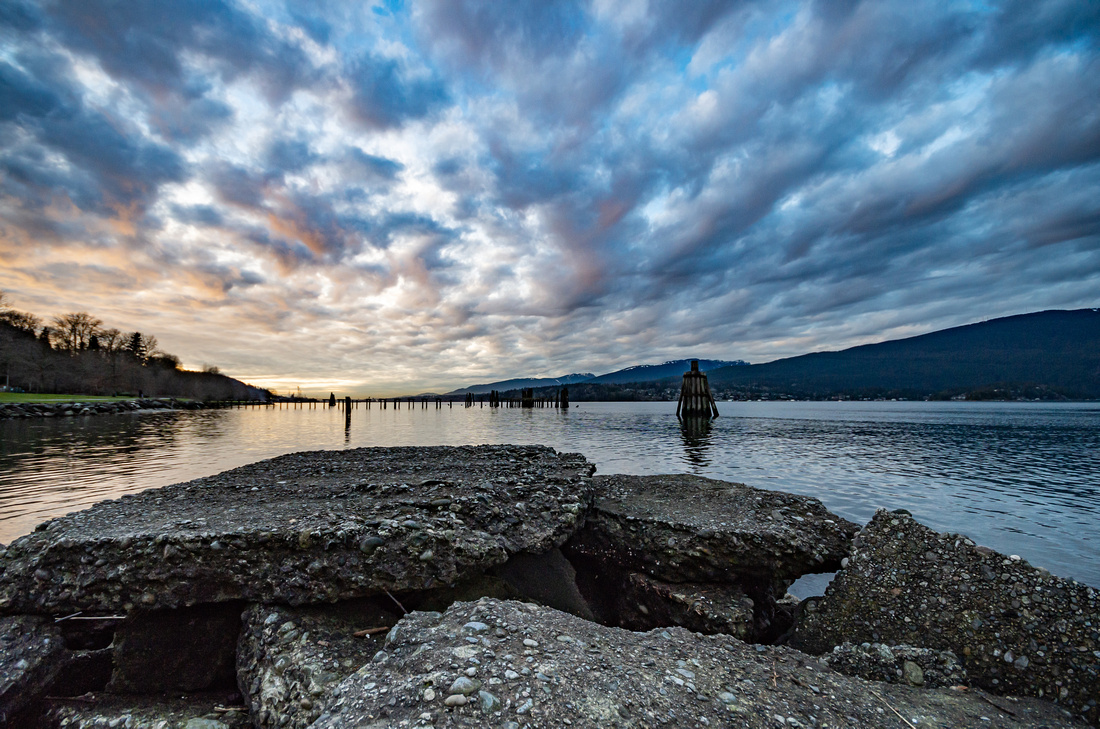 So there you have it. 4 timelapse videos shot by 2 different cameras in a couple of really cool locations producing really cool results. If you have any questions about my set up or any tech specs of the shoots, please let me know in the comments, or contact me directly through my website.

If watching Youtube videos about this sort of stuff is more your jam, then check out my Youtube channel and the videos I put up there going over Time Lapse editing, tips, and basic tutorials on how to get the best out of your Time Lapse video projects

Thanks for your time reading this, now get out there and make your own cool photos and videos!