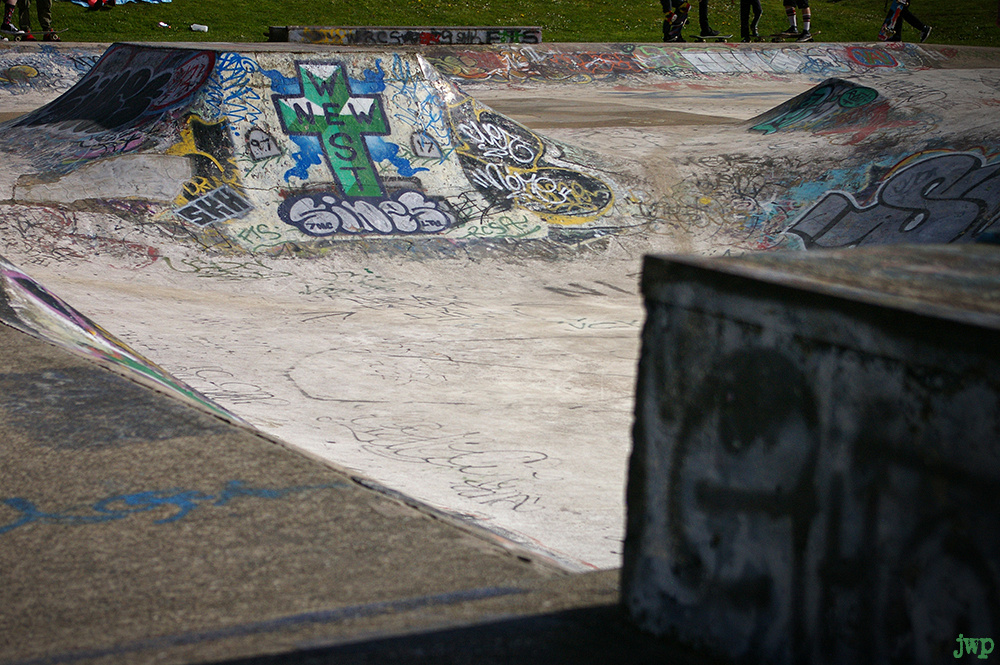 Skate Park HistoryA beautiful old skate park in New Westminster, B.C. Built sometime in the late 1970's/early 1980's, this gem of an old school park is on it's last legs and is slated for demolition to make way for a high school expansion. Fear not though! The city of New Westminster will be building a new park to replace it, albeit, somewhere else in the city.
It'll be sad to see it go though, as it's a real throw back to what was the flow, smooth skateboarding style of the day.

I had the pleasure of heading out to the New West Skate Park a couple of weeks ago to snap some photos of the locals doing their thing all in support of the eventual building  of a new skate park.

You see, the old skatepark in New West at Mercer Stadium is going to be demolished. Sad, yes. But fear not! The city of New Westminster is going to building either a new skatepark, or a bunch of smaller skate spots, whichever the consensus dictates. Either way, the result will be super cool, and benefit the local skateboarder population.

I'll still be sad to see the old skatepark go though. It's a real throwback to the old school, flown, stylish, not so technical, style of the time that the park was built in the late 1970's, early 1980's.

After shooting this contest, and seeing the beauty of the old skatepark, I am taking on a new project. To travel around the lower mainland and capture some photos of the older skateparks that still remain. Watch this space for more.

In the mean time, check out some of the photos from the contest in the gallery.